Hyaluronic acid in the treatment of bone and joint diseases

Joint synovial fluid is the basic material to maintain joint function. When joint is in slow motion state, it mainly acts as lubricant to reduce the friction between tissues. When joint is in fast motion state, it mainly acts as elastic shock absorber to buffer the impact of stress on joint and protect cartilage. In addition, it also provides nutrition and transmits cellular information to articular cartilage. Hyaluronic acid HA is the main component of joint synovial fluid. It is secreted by synovial cells, fibroblasts and chondrocytes. It has many physiological functions, such as regulating protein expression, assisting the diffusion and transport of water and electrolytes, and promoting wound healing. It plays an important role in protecting articular cartilage.
Osteoarthritis (OA) is a common and frequently-occurring disease in middle-aged and elderly people, which is one of the main causes of joint dysfunction and pain. Current drugs, such as NSAIDs, COX-2, selective inhibitors, and corticosteroids, can temporarily relieve pain and improve joint function, but they can not delay the progress of OA or reverse joint damage. Long-term use will also lead to increased side effects of drugs. At present, HA intra-articular injection has been widely used in the treatment of OA, especially when patients are not well treated by comprehensive treatment such as functional exercise, physiotherapy, weight loss, the application of orthosis or the analgesics mentioned above, or there are drug contraindications and intolerable side effects, HA intra-articular injection is particularly suitable. 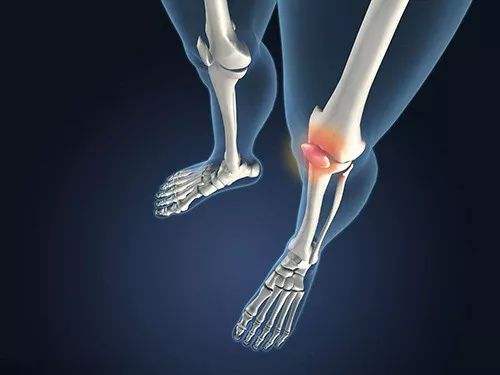 1 knee OA
At present, HA has been approved by FDA for the treatment of knee OA. A systematic analysis of 40 randomized controlled clinical trials conducted by the Royal College of Physicians showed that intra-articular injection of HA could significantly relieve pain symptoms and improve joint function compared with control group (placebo intra-articular injection). There was no significant difference in the efficacy of low molecular weight HA (LMW HA, 0.5-1.5*106 Da) and high molecular weight HA (HMW HA, 6-7*106 Da). Bannuru et al. conducted a meta-analysis of seven randomized controlled clinical trials to compare the efficacy of intra-articular injection of HA and corticosteroids in the treatment of knee OA. The results showed that corticosteroids injected into the knee joint within 1-4 weeks had better pain control effect. The effect of corticosteroids injected into the knee joint was the same at 4 weeks of treatment, and HA was more effective after 8 weeks of treatment. It showed that although HA had a late effect on pain relief. In the treatment of knee OA, according to the degree of K-L OA, it is appropriate to classify the patients with K-L II~III grade. For severe OA, the joint space is obviously narrow, there are serious osteosclerosis and deformity, multiple osteophytes and obvious dysfunction of joint, although intra-articular injection of HA can alleviate some symptoms, it has no obvious effect on improving joint function, but if patients can not tolerate other treatment methods. In order to alleviate symptoms, intra-articular injection of HA is advocated in patients with K-L grade I, especially those with an articular cartilage injury.