The Endless Benefits of Emodin

Emodin is a resin found in plants but it is mainly derived from the rhubarb plant. It is described as a chemical supplement that is natural. It is mainly used as a laxative. Laxatives are substances that help in bowel movement so as to prevent or relieve constipation.

As a laxative emodin is broken down into aglycone naturally by the flora residing in the gut. This broken-down substance works in two ways inside the intestines. First of all, it aids in the control of water uptake and release inside the gut. It also helps in removing human waste by intensifying the muscular contractions that are involuntary.
Emodin is also being used experimentally to control type two diabetes. This is because it is believed that it can inhibit enzyme-inducing diabetes from acting thus it is seen as a method of regulating the activity of insulin.
The properties of emodin have also led to it being studied as a drug that could decrease the spread of cancer in the body. The reason is that it can interrupt the cell to cell adhesion which is a must for cancer cells to be able to enter other cells and be spread throughout the body. 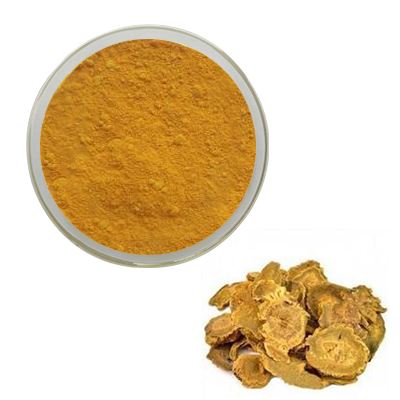 One of the side effects of using emodin is nausea and vomiting. This is not only uncomfortable but it can also suppress one’s appetite. One way of dealing with this is by taking a snack before taking the drug.
The other side effect of this laxative is that it causes diarrhea. This is because it is naturally digested by bacteria in the large intestine. Following this digestion, it is broken down to aglycone which regulates the absorption and secretion of fluids from what is eaten. The rate at which muscles in the intestinal walls contract may increase thus diarrhea.
Endomin is an anthraquinone and its prolonged use might bring about damage to the liver or the kidney. The cause of such health complications is not yet clear but taking too much medication does interfere with the functions of the liver and the kidney.

The latest information when it comes to emodin is research by scientists on its mechanism to prevent obesity. They did this by preparing a Nano emodin transfer and conducted the study on obese rats who were put on a diet.
The researchers checked on the rats’ adipose tissues. The result was a decrease in fat tissue.