The Super Benefits of Curcumin

Curcumin is a large part of the turmeric plant that works to fix very many problems in the human body. Turmeric has been used over the years in Indian cuisine and it is still being used. It has also been used as a topical solution for burns, cuts, and bruises.

It is, first of all, an antioxidant. This property gives it the ability to protect cells from oxidative stress that may come about as a result of free radicals present in the body. Protecting cells from damage essentially protects the whole body from illness.

It possesses the ability to inhibit the action of COX-2 enzyme which causes it to reduce inflammation. A study carried out on mice showed that the mice experienced reduced inflammation in their intestines. Their intestinal walls were also strengthened further thus preventing bacteria from crossing over.

The reduction of inflammation would also cause a reduction in pain. People with osteoarthritis and other kinds of pain have been found to heal faster with the addition of curcumin to their regimen as opposed to those on analgesics only.

Cancer medications and therapy are generally known to cure cancer but sometimes the cancer cells may become resistant to the chemotherapy. The use of curcumin has been found to reverse the drug resistance in cancer cells, especially for pancreatic cancer. 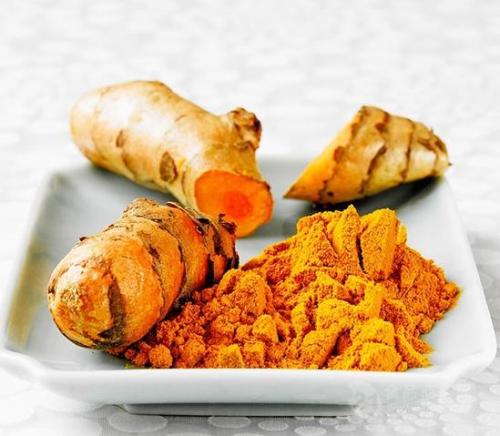 Still, on cancer, curcumin has the ability to distinguish normal cells from cancerous ones. Once it does that it then destroys the cancerous cells and inhibits further growth and spread of these cells. This kills all cancer in the system.

It is also known to help individuals lose fat thus maintaining body fat at normal levels. This, of course, works well if it is reinforced with proper eating habits and not high-calorie foods.

Disadvantages
It is not absorbed very well so it has to be taken with another extract to improve its uptake. You can try piperine from black pepper herbal extract.
It is fat-soluble so it should ideally be mixed with oil. You can mix it with olive oil, fish oil or take it with a meal.