Home » Foods and Nutraceuticals » Food from God or By Man?

Food from God or By Man?

Natural foods have existed for the longest time possible and man-made foods have come into play with time. They are very different both structurally and in terms of nutritional content even though they may easily look similar.

How does one tell the difference though? The most basic thing is the fact that God-made food occurs naturally. It grows on trees; it is an animal by-product or is the animal itself. There is very little required for it to be consumed and the most work it entails is washing and cooking while some can be eaten raw.

Man-made or processed food, on the other hand, looks very appealing and tastes good too but it all comes from a processing plant. It will mostly come in boxes and packs and you will find information like “added Vitamin A” or “fortified with calcium” on the pack. It goes without saying that whatever is in the processed food is not enough and that is why it needs fortification. 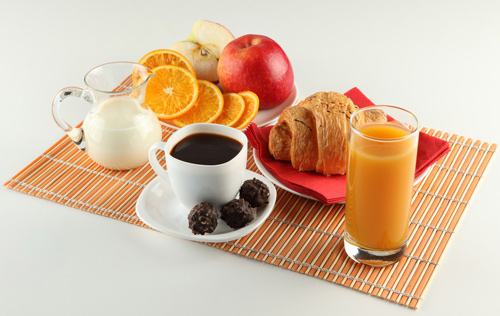 People who eat a proper natural diet have over the years lived longer and even in their last years remained healthier than most people younger than them who relied on processed food. The Amazons lived in jungles and had minimal access to meat so they lived on fruit and herbs. Other communities lived entirely on meat and a mixture of blood and milk and they remained strong and healthy.

Those that currently live on farms and eat farm produce actually look healthier and the younger children seem to have better brain capacity. The common thing among these different groups of people, even though they live in different circumstances, in the absence of processed food.

Fortification and adding vitamins and minerals doesn’t make it any better. The processes through which most of these foods are passed strip the actual real food of a lot of nutrients. The synthetic nutrients added are not spared either and you are left eating empty calories that add no value to your body.

The excess heat and pressure can even damage the existing nutrients and cause them to become toxic compounds. They may taste good and take a very short time to prepare but the price you pay may not be as sweet as you thought. Long term effects may be damage to nervous tissue, cancer and eventually death.

God-made food takes the day since there are no chemical additives to worry about. You should have balanced ratios of each food type since excesses of any food type can lead to problems.

How Much Do You Know About Vitamins?
Safe Food Brings You Life
How Can I Increase My Vitamin D Level
Causes and Consequences of the FDA New Labelling Rules
Post Views: 105
August 7, 2019
August 7, 2019 Maria Higgins Foods and Nutraceuticals Natural foods, Vitamin A
Share