At present, resveratrol has been used as a dietary supplement in the United States. Resveratrol from plants has been used as a food additive in Japan.
Resveratrol has rich biological activity. It can be used in the fields of food, medicine, health care products, and cosmetics because of its ability to anticancer, antioxidation, anti-inflammatory, antiseptic, reducing fat and losing weight, preventing cardiovascular and liver damage. Although the mechanism of resveratrol anti-cancer, anti liver damage, and anti arteriosclerosis are still weak, it does not affect one of the main selling points of resveratrol. 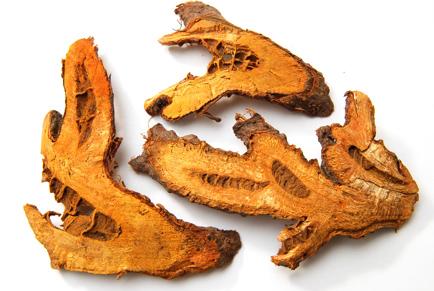 At least 72 species of resveratrol have been found in 21 families, such as flower, grape, peony, pineapple, and medicinal plants, such as veratrine, pineapple, Polygonum multiflorum, and Polygonum cuspidatum. Because most of the plants have low resveratrol content, it is necessary to select a high content Veratrum plant as the preferred material to extract this component. Therefore, a lot of attention has been paid to giant knotweed, which is widely distributed, with high safety and low cost. In recent years, a large number of giant knotweed has been exported abroad and has been increasing. Many countries have extracted resveratrol from giant knotweed as a natural health product.
It is commonly used in the treatment of arthralgia, dampness heat jaundice, amenorrhea, accumulation of symptoms, cough, phlegm, carbuncle, and soreness. External use can treat fire and water burns. Since ancient times, the use of giant knotweed has had more prescriptions. 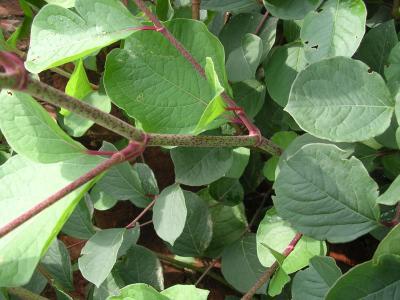 What is Giant Knotweed?

At home and abroad on the giant knotweed research, especially in the American Institute of natural medicine (CNN) research found that the giant knotweed containing resveratrol has the anti-AIDS effect, and it has set off a new wave of the research fever of the giant knotweed. Pharmacology studies show that giant knotweed is widely used in clinical applications, such as antiseptic, anti-inflammatory, antivirus, antitumor, antioxidation, liver protection, cardiovascular protection, and so on.
Giant knotweed has extensive pharmacological effects, its main material base is resveratrol, Polygonum glycoside, and emodin, and resveratrol has played a great role in various pharmacological actions.
There are more than 50 varieties of giant knotweed in the Pharmacopoeia and national drug standards. The hospital preparations with the main drug of Polygonum cuspidatum are more diverse and all the dosage forms are involved. Proprietary Chinese medicines are mainly concentrated in hepatobiliary diseases, osteoarthrosis, inflammation, burns and scalds.
Because giant knotweed has the effect of clearing away heat and dampness and inhibiting HbsAg, it is widely used in the adjuvant treatment of hepatitis.