What are Sulfonylureas Herbicides?

Sulfonylureas are a family of environmentally compatible herbicides that were discovered by DuPont Crop Protection in 1975 and first commercialized for wheat and barley crops in 1982. They have now been developed and commercialized worldwide in all major agronomic crops and for many specialty uses (eg, rangeland/pasture, forestry, vegetation management). 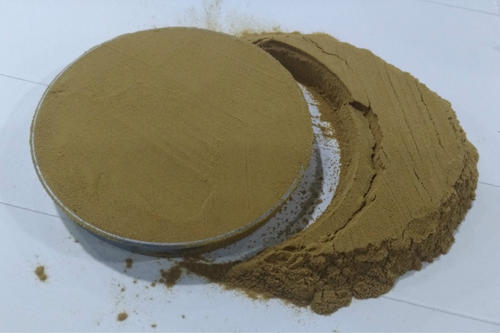 Sulfonylureas represent a major advance in global crop protection technology and have revolutionized weed control by introducing a unique mode of action. Specifically, these compounds interfere with a key enzyme required for weed cell growth — acetolactate synthase. Furthermore, sulfonylureas are compatible with the global trend toward post-emergence weed control and integrated pest management.

What are Sulfonylureas Herbicides?

The invention of sulfonylurea herbicides, in June 1975, by George Levitt of DuPont revolutionized the use of herbicides and facilitated a change in direction in DuPont’s corporate strategy from chemicals to life sciences. In the early 1970s, agrichemicals provided DuPont a strong rate of return, but its potential had yet to be fully exploited. Levitt’s pioneering invention, made in this small business, came from his insight and creativity, and his supervisor’s encouragement to explore. But DuPont would have profited only modestly from sulfonylurea herbicides were it not for a new research manager willing to take a risk and ramp up an innovation program that was being curtailed. Soon, the program grew further as DuPont’s corporate strategy changed and sulfonylureas presented an immediate opportunity for the company to expand its presence in life sciences. DuPont thus built a sustained program of innovation to realize a pioneering invention’s scientific and commercial promise.

There was no precedence for the high potency – and thus low application rates – of sulfonylurea herbicides when they went into field tests in the mid-1970s. A field agent thought the manager prescribing the low rate was “nuts”. Others conducting early field tests at a university concluded that there had to be an error in the instructions. Herbicides were normally applied at rates of a few kilograms/hectare, not the few grams/hectare suggested. That was unheard of. So, they moved the decimal point by two places, thereby increasing the application rate 100-fold. Two years later, weeds would still not grow in the test plot, despite the herbicide’s having a half-life of about 6 to 8 weeks.

Sulfonylurea herbicides kill weeds by inhibiting the enzyme acetolactate synthase, which is essential to their growth. They work on a broad range of grasses and broadleaf weeds, but not on crops they are designed to protect. Crops like rice, wheat, barley, soybean, maize, and many others are able to metabolize sulfonylureas safely. And the herbicides are safe for humans and animals because they do not have the enzyme sulfonylurea molecules target. Sulfonylureas replaced herbicides that were less safe and effective and were used in larger quantities. Combined with the low application rates, selectivity for a variety of crops, and short half-life, sulfonylurea herbicides were a revolutionary advance in agrichemicals and an important cornerstone of DuPont’s change in corporate strategy in the 1980s.

The Endless Benefits of Emodin
Dihydromyricetin - "Soft Gold in Flavonoids"
What Are the Applications of Fisetin
Treat Warts Effectively with Antharidin
Post Views: 2,319
October 26, 2021
November 4, 2010 Maria Higgins Herbal Extracts What are Sulfonylureas, What are Sulfonylureas Herbicides
Share