Home » Hyaluronic Acid » What are the Medical Uses of Sodium Hyaluronate?

What are the Medical Uses of Sodium Hyaluronate?

It is used to treat knee pain in patients with osteoarthritis who are not receiving relief from other treatments. It is injected into the joint capsule to act as a shock absorber and lubricant for the joint. Thus, sodium hyaluronate is used as a viscosupplement to increase the viscosity of the synovial fluid through a series of injections into the knee joint, helping to lubricate, cushion, and reduce joint pain. It is often used as a last resort before surgery and provides symptomatic treatment to relieve pain by restoring viscoelasticity to the joint fluid and stimulating the production of new substances from the synovial fluid. 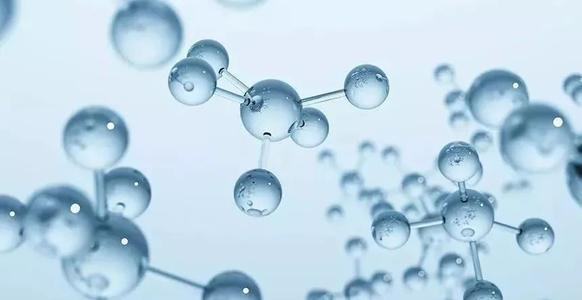 The use of sodium hyaluronate may reduce the need for joint replacement. Injections appear to improve effectiveness at 4 weeks, peak at 8 weeks, and maintain some effectiveness at 6 months, with greater benefit for osteoarthritis than oral analgesics. It may also be effective when used with the ankle joint.

It is used as an adjuvant for atrial and vitreous humor in ophthalmic surgery, such as for cataract extraction (intracapsular and extracapsular), IOL implantation, corneal transplantation, glaucoma filtration, and retinal attachment surgery, and for the treatment of the dry eye.

In surgical procedures on the anterior segment of the eye, the viscoelasticity of sodium hyaluronate drops enables the maintenance of a deep chamber during surgical operations, as the solution does not flow out of the open anterior chamber, thus allowing efficient manipulation with less trauma to the corneal endothelium and other surrounding tissues of the eye. Its viscoelasticity also helps push the vitreous face back and prevents the formation of a postoperative flattened cavity.

In posterior segment surgery, sodium hyaluronate is used as a surgical aid to gently separate, manipulate and fix the tissue. It creates a clear field of view for intraoperative and postoperative examination of the retina and photocoagulation.

Sodium hyaluronate is also used to coat the bladder lining in the treatment of interstitial cystitis.

Sodium hyaluronate is injected to reduce the appearance of wrinkles on the face. As of 2017, the FDA has approved 13 hyaluronate preparations as so-called dermal fillers. They are also used as fillers for the lips or other parts of the body, although not approved by the FDA. The filler effect is temporary, lasting about six months or longer in most people.

The topical application of sodium hyaluronate promotes the absorption of biomolecules (i.e., drugs) and acts as a nano-carrier. Its effect on the skin depends on the hyaluronate formulation and skin health: in skin lacking a barrier, it limits the delivery of biomacromolecules to the stratum corneum and the viable epidermis. In normal skin, low molecular weight hyaluronate (5 kDa) enhances the penetration into the epidermis.

Transepidermal water loss increased by 55.5% in the low molecular weight group, decreased by 28% in the cross-linked elastic group, and decreased by 16% in the HMW group. The addition of skin care creams became popular in the second millennium. Its efficacy on wrinkles has not been tested in clinical trials.

Dry, scaly skin, such as that caused by atopic dermatitis, can be treated with lotions or other skin products that contain sodium hyaluronate as their active ingredient.

Higher molecular weight hyaluronates appear to last longer in the lungs after dropping into the lungs, but if >215 kD, lung infiltration and mucociliary clearance are poor. Hyaluronates may allow access to lymph nodes that drain the lung bed.