Home » Hyaluronic Acid » What is Sodium Hyaluronate For?

What is Sodium Hyaluronate For?

Sodium hyaluronate is the sodium salt of hyaluronic acid, a glycosaminoglycan found in various connective tissues in the human body. 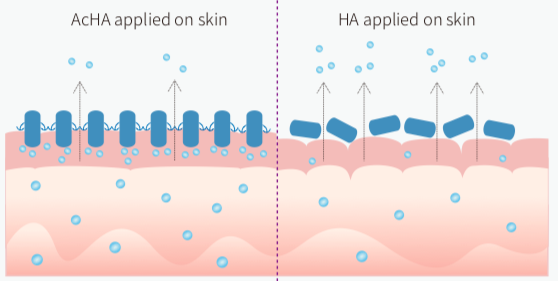 Sodium hyaluronate is the sodium salt of hyaluronic acid. It is a glycosaminoglycan and long-chain polymer consisting of the disaccharide unit of sodium glucuronide-N-acetylglucosamine. It can bind to specific receptors with high affinity.

The polyanionic form, commonly referred to as hyaluronic acid, is a viscoelastic polymer found in the atrial and vitreous humor of the eye and in joint fluids.

Sodium hyaluronate, as hyaluronic acid, is widely distributed in the extracellular matrix of mammalian connective, epithelial and neural tissues, as well as in the corneal endothelium.

Sodium hyaluronate acts as a tissue lubricant and is thought to play an important role in regulating interactions between adjacent tissues. It forms a viscoelastic solution in water. The high viscosity of the solution provides mechanical protection to the tissues (iris, retina) and cell layers (cornea, endothelium, and epithelium).

The elasticity of the solution helps absorb mechanical stress and provides protective cushioning for the tissues. In promoting wound healing, it is believed to act as a protective transport vehicle, bringing peptide growth factors and other structural proteins to the site of action. It then enzymatically degrades and releases active proteins to promote tissue repair.

Highly effective in moisturizing and lubricating the skin.

Nourish the skin, breathable and moisturizing, will not bring any sticky skin feeling.