If you ever feel tempted to go for a cheeseburger, fries, and a soft drink, consider this: along with the fast food, you are ordering up an increased risk of heart disease, diabetes, and obesity. But the opposite is true, too. According to a new University of Florida (UF) study, if you stay away from processed and fast foods and instead eat a lot of veggies, nuts, and fruits, you will actively be helping to prevent or reverse harmful metabolic processes in your body. The result? Better health and a slimmer body. 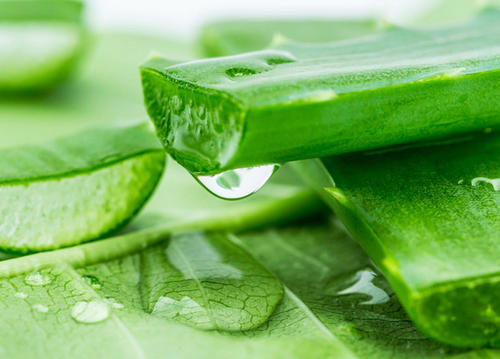 An important advantage to having plant-based foods as an abundant part of your daily diet appears to result from the phytochemicals they contain. As noted in the UF findings recently published in the Journal of Human Nutrition and Dietetics, these natural substances prevent oxidative stress — a process linked to being overweight and to the onset of diseases including heart disease and diabetes. Phytochemicals include lycopene from tomatoes, isoflavones from soy, beta carotene from carrots, anthocyanins from blueberries, allicin from garlic, and many more.

Without enough phytochemicals and antioxidants to counteract oxidative stress, damaging free radicals cause inflammation and other toxic problems in the body. In overweight people, excess fat tissue and certain enzymes that are more active also trigger the production of excessive free radicals, according to a media statement by UF researchers.

The research team, headed by Heather K. Vincent, Ph.D., studied a group of 54 young adults divided into normal weight and overweight or obese groups, analyzing their dietary patterns over several days. Surprisingly, the people in both groups took in about the same amount of calories. However, the overweight and obese young people were found to be eating fewer plant-based foods. That means those who were carrying around excess pounds were consuming fewer protective trace minerals and phytochemicals and consuming far more saturated fats.

“Diets low in plant-based foods affect health over the course of a long period of time,” Dr. Vincent explained in a statement to the press. “This is related to annual weight gain, inflammation, and oxidative stress. Those are the onset processes of disease that debilitate people later in life.”

“People who are obese need more fruits, vegetables, legumes, and wholesome unrefined grains,” she said. “In comparison to a normal-weight person, an obese person is always going to be behind the eight ball because there are so many adverse metabolic processes going on.”

In order to get enough protective phytochemicals daily, the UF researchers concluded that people should try to consume plant-based foods such as leafy greens, fruits, vegetables, nuts, and legumes at the start of each meal. As a way to encourage people to get enough phytochemicals from meals and snacks, Dr. Vincent also called for use of a phytochemical index, which compares the number of calories consumed from plant-based, nutrient-rich foods with the overall number of calories taken in each day.

“Fill your plate with colorful, low-calorie, varied-texture foods derived from plants first. By slowly eating phytochemical-rich foods such as salads with olive oil or fresh-cut fruits before the actual meal, you will likely reduce the overall portion size, fat content, and energy intake. In this way, you’re ensuring that you get the variety of protective, disease-fighting phytochemicals you need and controlling caloric intake,” said Vincent, an assistant professor in the UF Orthopaedics and Sports Medicine Institute, in the media statement.