This plant extract is obtained from the flowers and leaves of the red clover plant. It is of the legume family and its flowers are edible, giving a sweet taste. These flowers can be added to salads, tea, and even cake icing. The extract is also used to flavor other commercial food products. 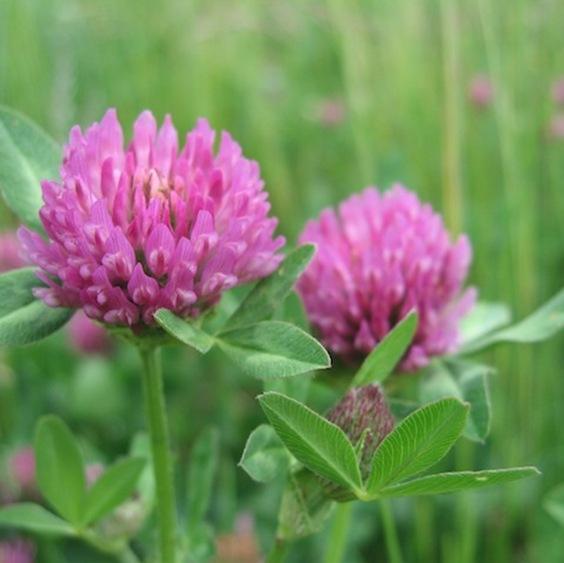 In those women that have problems caused by low estrogen levels, this is more of an advantage to them. Conditions like premenstrual syndrome (PMS), infertility, menopause or chronic miscarriage may benefit from this component. It may cause reproductive issues and even infertility in animals (ingested in food) but there is not enough evidence showing that humans can eat enough red clover salad to mess with their fertility.

It has anticoagulant properties as well due to the presence of coumarin. This substance makes blood a little thinner. Anyone on blood-thinning medication should avoid this extract since it may be dangerous to have blood that is too thin. Coumarin is present in other plants too, like the smell of freshly cut grass is a result of the same substance.

It is applied topically for the treatment of eczema, skin cancer, psoriasis, burns, and sores. Due to the action of isoflavones, some cancers that are caused by excess estrogen may not be treatable with this extract. These include uterine and breast cancers. Those with fibroids should also steer clear of it.

Other side effects
The only other undesirable side effect is a little bloating. It should, however, clear in a short time. It is generally considered safe for use. Children should however not be given the extract without consulting a pediatrician since the effect on children is not yet known.