Home » Herbal Extracts » What are 4 Examples of Compounds?

What are 4 Examples of Compounds?

Each of these compounds is a phytochemical component of a superfood that has been found to confer great overall health benefits to those who consume it. 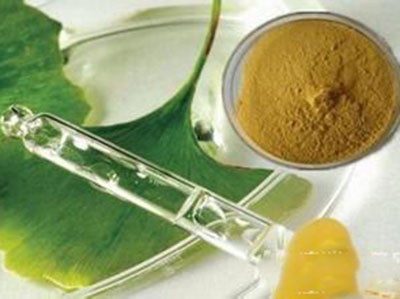 DIM has been documented as effective against cancer through several actions. It stops tumors from establishing their own blood supply necessary for their continuation of growth. It reduces cancer cell viability and causes cell growth inhibition and apoptosis. DIM downregulates both the ligand and the receptor in breast cancer cells as well as in ovarian cancer cells at the transcriptional level and in an estrogen-independent manner. The potential for chemotaxis and invasion is inhibited by DIM, thereby lowering the invasive and metastatic potential of cancer cells. DIM is able to act independently of Her-2 or estrogen receptor status. It has been shown to be a preventative and/or therapeutic agent in prostate cancer and is able to induce the release of pro-inflammatory mediators in macrophages.

DIM is nature’s hormone modulator. The metabolism and growth-promoting activity of estrogen are modified by the intake of milligram amounts of dietary indoles from cruciferous vegetables. DIM is formed from its precursor indole, indole-3-carbinol (I3C), after the enzymatic release of I3C from parent glucosinolates found in these vegetables. DIM is unique among the phytonutrients with regard to its ability to favorably modify estrogen metabolism in the direction of greater 2-hydroxy estrogen production. Improper metabolism of estrogen allows damage to DNA and cancer promotion to take place.

Societies with low consumption of cruciferous vegetables have a high prevalence of estrogen-related diseases, particularly breast and prostate cancers. Supplementing with DIM can restore and maintain a favorable estrogen metabolism and greatly lessen the risk for breast and other cancers. The addition of a DIM supplement ensures the hormones used in bioidentical hormone replacement are metabolized down the proper metabolic pathways. DIM has no estrogenic activity. It balances the natural response to estrogen. In dividing cells the growth-promoting signal from estrogen is limited by the reduction of the activity level of the estrogen receptor system.

Supplements of I3C are available, but the compound is unstable in the body. I3C is a precursor indole, with little action in the body until it is converted to DIM by stomach acid.

DIM is the better choice for pre and post-menopausal women and men interested in supplementing rather than getting these compounds directly from food. Although obtaining nutrients from food is always preferred, the number of cruciferous vegetables needed to provide the benefits of DIM frequently makes supplementation a better choice. Although there are several DIM products available, BioResponse DIM complex, a patented form of DIM offers enhanced bioavailability. DIM-Plus, the version of DIM made by Nature’s Way, contains BioResponse DIM and is an economical choice, offered online at Vitacost.

Epigallocatechin-3-gallate (ECGC) is a particular type of polyphenol found in green tea, a substance shown to be a cure and preventative for many of the ills of mankind. In addition to being a powerful agent in the prevention and cure of cancer, it is an antioxidant, promoter of glucose tolerance, protector of the liver and detoxification system, and benefactor of the cardiovascular system.

Recent research has documented a 54% reduction in the risk of ovarian cancer in women who reported drinking green tea. Another study found green tea to have therapeutic cancer effects through induction of apoptosis in colorectal cancer. It is also one of the few effective treatments for pancreatic cancer. As a preventative for all cancers, ECGC is able to penetrate the body’s cells and shield DNA from the potent free radical hydrogen peroxide.

Green tea also lowers cholesterol levels and reduces the clotting tendency of blood. It shows promise as a weight-loss aid that can promote the burning of fat and the regulation of insulin levels and blood sugar.

Curcumin is the active ingredient in the bright yellow spice turmeric. It is one of nature’s most powerful healers, having revealed its wonders over centuries. Numerous studies have shown curcumin to be as potent against inflammation as hydrocortisone, phenylbutazone, and over-the-counter NSAID drugs like Motrin, without the side effects. Its powerful antioxidant effects make it a popular natural therapeutic agent for diseases such as arthritis, where free radicals cause joint inflammation and damage. Studies have linked frequent use of turmeric to lower rates of breast, prostate, lung, and colon cancer. It can prevent tumors from forming and can slow the progression of cancer that is already present. Recent studies have documented that curcumin can slow the spread of breast cancer cells to the lungs. Turmeric acts as a transcription factor, a master switch for gene regulation. When genes are switched off, the growth and invasion of cancer cells are halted.

Curcumin is even being used effectively to treat Alzheimer’s disease due to its ability to cross the blood-brain barrier. Alzheimer’s disease is thought to occur when a fragmented protein accumulates in brain cells producing oxidative stress and inflammation and forming plaque between nerve cells in the brain that disrupt function. Turmeric may prevent the oxidation of cholesterol in the body, thereby preventing damage to blood vessels and causing the build-up of plaque that can result in a heart attack or stroke.

Dried turmeric is widely available. Organically grown turmeric is preferable. Frequently spicing your cooking with turmeric is one option for consuming curcumin. It can be easily mixed with rice, egg salad, or into the cottage cheese flax oil mixture that is the basis of the Budwig diet. Turmeric capsules are available. Nature’s Way makes a turmeric capsule that is free of magnesium stearate, but it’s not organic. Organic turmeric can be found in the spice department of health food stores such as Whole Foods or ordered online in powdered or capsule forms. Most naturopaths suggest starting with a dose three times the normal dosage suggested in order to quickly bring inflammation under control. Then proceed with the standard dose to maintain.

Genistein is an isoflavone found primarily in soybeans and traditional foods produced from soybeans like tofu and miso. In addition to being an antioxidant, genistein is a phytoestrogen, a plant compound that mimics the actions of estrogen and interacts with estrogen receptors in the human body.

Genistein removes damaging free radicals and reduces lipid peroxidation. By preventing the oxidation of LDL cholesterol, genistein helps reduce the risk for arteriosclerosis and prevents the formation of heart attacks and strokes by acting as an anti-clotting agent. It increases the activity of other antioxidant enzymes such as glutathione peroxidase, superoxide dismutase (SOD), and glutathione reductase. It can also influence the growth of cells that are not hormone-dependent. Genistein inhibits the rate of cell growth through its ability to inhibit tyrosine kinase.

Studies have shown that genistein reduces the risk for hormone-related cancers, breast, and prostate, by binding with estrogen receptors, preventing estrogen from binding. Consumption of traditional soybean products in China and Japan is linked with a low incidence of these cancers. And since genistein imitates estrogen, it may be protective against osteoporosis. It is frequently used to ease menopause symptoms such as hot flashes.

Before genistein can act, it must be released from its precursor. This normally happens in the stomach and intestine through hydrolysis. Some genistein supplements contain genistein that has been hydrolyzed in processing. Source Naturals produces genistein as a supplement. It is available at health food stores and online.

How to Identify Magnolia?
What Are the Applications of Fisetin
Pomegranate Husk Extracts Has the Effect of Anti Alzheimer
The Manufacturer of Solaraze gel
Post Views: 412
October 26, 2021
November 10, 2010 Maria Higgins Herbal Extracts Curcumin, Epigallocatechin-3-gallate (ECGC), Genistein, What are 4 Examples of Compounds
Share