Description of the Active Ingredient

Z)-9-Tricosene OPP Chemical Code: 103201 (CAS # 27519-02-4) Pheromones are volatile chemicals produced by a given species to communicate with other individuals of the same species. The purpose is to change the behavior of the individuals who smell or otherwise sense the pheromone. 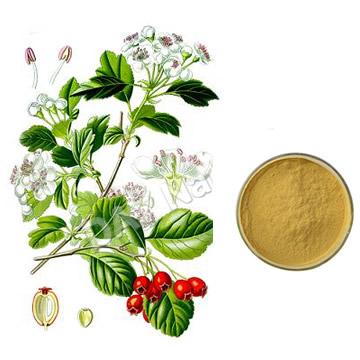 For example, many kinds of female insects, including flies, produce pheromones that attract males of the same species. Animals also use pheromones to mark territory (dogs, bears), or to warn other individuals of danger. Pheromones are effective in tiny amounts and act only on one species or a few closely related species. (Z)-9-Tricosene is the sex-attractant of the female housefly. Although (Z)-9-tricosene was originally isolated from house flies, manufacturers now produce the substance synthetically.

As the pesticide product gradually releases (Z)-9-tricosene into the air, males are attracted to the product, which often also traps or kills them. As a result, many of the females have no opportunity to mate, resulting in many fewer flies in the next generation.

Use Sites, Target Pests, and Application Methods Use Sites: Many sites where flies are pests, such as inside and outside homes and other buildings, stables, dairies, waste sites, restaurants, food processing plants.

[Note: (Z)-9-Tricosene is not permitted to be used where it could contact food.]

Target pests: Houseflies and a few closely related flies. Application Methods: Although pure (Z)-9-tricosene is a liquid, the final form of the active ingredient is usually a solid that has been impregnated with the pheromone. The impregnated material is then attached to a bait station, trap, strip, or other items. The pheromone is slowly released into the air over a period of weeks.

Many of the end-use products contain the pheromone to attract the flies, and an insect poison to quickly kill them.

Assessing Risks to Human Health Based on low to no toxicity in animal testing and the negligible exposure to humans from the end-use products, no risks to humans are expected from the use of (Z)-9-tricosene to control flies.

Assessing Risks to the Environment After analyzing all available information, EPA finds that pesticide products with (Z)-9-tricosene as the active ingredient are safe for the environment. Extensive toxicity tests show that the substance interferes with bird reproduction at low levels of exposure; however, EPA minimizes any risk to birds by approving only those uses and products where bird exposure is unlikely. (Z)-9-Tricosene is harmful to some aquatic invertebrates, but none of the approved products would be expected to enter bodies of water.

(Z)-9-Tricosene is the sex pheromone that female house flies release to attract males for mating. The substance is used in products such as traps and “fly paper” strips to attract male flies and prevent them from mating. When used as directed on the label, products containing (Z)-9-tricosene are considered safe for humans, wildlife, and the environment.