What To Know about DHM & Hangovers?

Alcohol use disorders (AUDs) constitute the most common form of substance abuse. The development of AUDs involves repeated alcohol use leading to tolerance, alcohol withdrawal syndrome, and physical and psychological dependence, with loss of ability to control excessive drinking. 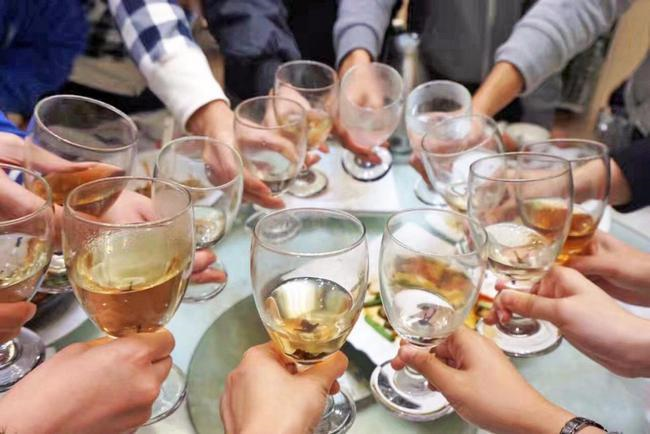 How does DHM help with hangovers?

GABAA receptors (GABAARs) are major targets of acute and chronic EtOH actions on the brain. At the cellular levels, DHM (1μM) antagonized both acute EtOH-induced potentiation of GABAARs and EtOH exposure/withdrawal-induced GABAAR plasticity, including alterations in the responsiveness of extrasynaptic and postsynaptic GABAARs to acute EtOH and, most importantly, increases in GABAAR α4 subunit expression in the hippocampus and cultured neurons.

What is DHM good for?

In summary, we determined DHM’s anti-alcoholic effects on animal models and determined a major molecular target and cellular mechanism of DHM for counteracting alcohol intoxication and dependence. We demonstrated pharmacological properties of DHM consistent with those expected to underlie the successful medical treatment of AUDs; therefore DHM is a therapeutic candidate.

In addition to enhancing alcohol clearance and alcohol metabolic enzymes, DHM has a direct and complex interaction with GABA-A receptors that likely accounts for many of its anti-alcohol effects. DHM counteracts acute alcohol intoxication and helps to reduce alcohol withdrawal symptoms.

Pomegranate Husk Extracts Has the Effect of Anti Alzheimer
The Manufacturer of Solaraze gel
Giant Knotweed VS Resveratrol
Colchicine to Keep That Gout in Check
Post Views: 420
October 26, 2021
July 16, 2012 Maria Higgins Herbal Extracts Dihydromyricetin (DHM) As a Novel Anti-Alcohol Intoxication Medication, How does DHM help with hangovers, What is DHM good for, What To Know about DHM & Hangovers
Share