Home » Herbal Extracts » What is Artemisinin Used For?

What is Artemisinin Used For?

In addition, artemisinin also shows attractive prospects in the treatment of other diseases. Such as anti-schistosomiasis, regulating or inhibiting humoral immune function, improving lymphocyte transformation rate.

Artemisinin is the most popular specific antimalarial drug after pyrimidine, chloroquine, and primaquine. Especially for cerebral malaria and chloroquine-resistant malaria, artemisinin has the characteristics of quick-acting and low toxicity. Its anti-malarial mechanism mainly lies in the formation of free radicals through the activation of artemisinin and the binding of free radicals with Plasmodium proteins, acting on the membrane structure of Plasmodium, destroying its vesicles, nuclear membranes, and plasma membranes, swelling of mitochondria, exfoliation of inner and outer membranes, thus destroying the cell structure and function of Plasmodium and also destroying the chromatin in the nucleus. To a certain extent. Artemisinin also significantly reduced the intake of isoleucine by Plasmodium, thus inhibiting the synthesis of proteins.

The antimalarial effect of artemisinin is related to different oxygen pressure. The higher the oxygen pressure, the lower the half effective concentration of artemisinin to Plasmodium falciparum cultured in vitro. Reactive oxygen species (ROS) not only directly destroy the parasite, but also damage red blood cells, leading to the death of the parasite. Artemisinin not only has a good killing effect on Plasmodium but also has a certain inhibitory effect on other parasites. 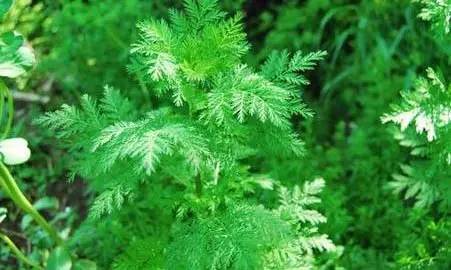 It was found that artemisinin and its derivatives could inhibit T lymphocyte mitogen and induce splenic lymphocyte proliferation in mice without causing cytotoxicity. This finding has a good reference value for the treatment of autoimmune diseases mediated by T lymphocyte. Artemisinin can enhance the non-specific immunity and increase the total complement activity of mice serum. Dihydroartemisinin can directly inhibit the proliferation of B lymphocyte, thereby reducing the secretion of autoantibody by B lymphocyte, alleviating humoral immune response, inhibiting humoral immunity to some extent, and reducing the formation of the immune complex. 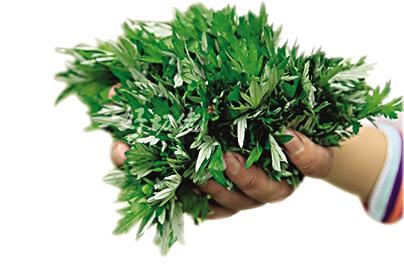 Other applications of artemisinin

Artemisinin can also be used with Cordyceps Sinensis in the clinic, which can inhibit the recurrence of lupus nephritis and protect the kidney. Its anti-fibrosis effect can significantly reduce the degree of pulmonary fibrosis and has a good practical prospect for the prevention and treatment of scars.

What are the Top Benefits of Micro Hyaluronic Acid for Your Skin? December 30, 2022

Top Benefits of Sodium Hyaluronate for Our Body December 22, 2022