Home » Hyaluronic Acid » Something You Should Know About Sodium hyaluronate

Something You Should Know About Sodium hyaluronate

Sodium hyaluronate is widely found in animals and human physiological active substances, in human skin, synovial fluid, umbilical cord, aqueous humor, and ophthalmic vitreous body are distributed. Its molecular weight is 500 000-730 000 Dalton. Its solution has high viscoelasticity and profiling. It is an adjuvant for ophthalmic surgery. It maintains a certain depth of the anterior chamber after injection into the anterior chamber. It is convenient for operation. It also protects corneal endothelial cells and intraocular tissues, reduces operative complications, and promotes wound healing. 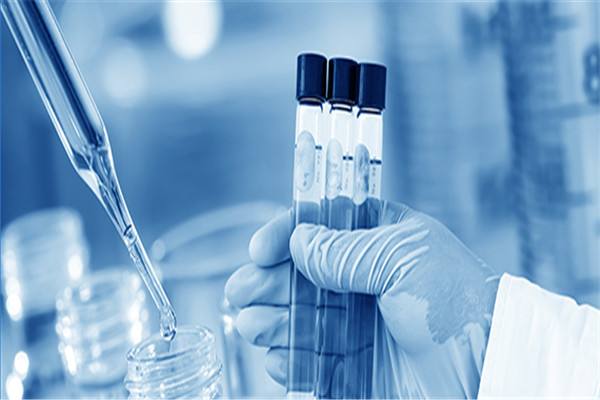 Sodium hyaluronate is the fourth generation of bionic cosmetic additives.

The source of Sodium hyaluronate

Sodium hyaluronate is one of the components of human skin, is the most widely distributed acid mucosa in the body, exists in the matrix of connective tissue, has a good moisturizing effect.

It has three characteristics: anti-aging and fresh-keeping packaging and biotechnology. Sodium hyaluronate is one of the components of human skin and the most widely distributed acidic mucose in the human body. It exists in the matrix of connective tissue and has a good moisturizing effect.

Hyaluronic acid is the main component of connective tissue such as the human interstitium, vitreous body, and synovial fluid. It has the characteristics of keeping water, maintaining extracellular space, regulating osmotic pressure, lubricating, and promoting cell repair in vivo. As a carrier of ophthalmic drugs, it can prolong the retention time of drugs on the eye surface by increasing the viscosity of eye drops, improving the bioavailability of drugs, and reducing the irritation of drugs to the eyes.

The adjuvant therapy can be injected directly into the articular cavity as a lubricant for the treatment of arthritis, such as SPIT injection.

The moisture level of the skin is closely related to the content of hyaluronic acid. With the increase of age, the content of hyaluronic acid in the skin decreases, which weakens the water-retaining function of the skin and produces wrinkles. Sodium hyaluronate aqueous solution has strong viscoelasticity and lubricity. When applied to the skin surface, it can form a moisture-permeable film to keep the skin moist and shiny. Small molecule hyaluronic acid can penetrate into the dermis, promote blood microcirculation, help the skin to absorb nutrients, play a cosmetic and anti-wrinkle health role.

5. Repair and prevention of skin damage

Skin is burned or burned by sunlight, such as reddening, blackening, peeling, etc., mainly by ultraviolet rays in sunlight. Sodium hyaluronate can promote the regeneration of the injured skin by promoting the proliferation and differentiation of epidermal cells and scavenging oxygen-free radicals. Pre-use also has a preventive effect. Its mechanism of action is different from the ultraviolet absorbent commonly used in sunscreen. Therefore, hyaluronic acid and ultraviolet absorbent in sunscreen skincare products have a synergistic effect, which can reduce the transmission of ultraviolet rays and repair the skin damage caused by a small number of ultraviolet rays, thus playing a dual protective role.

Sodium hyaluronate is a kind of polymer with strong lubrication and film-forming properties. Skincare products containing sodium hyaluronate have obvious lubrication and good hand feeling when applied. When applied to the skin, a film can be formed on the surface of the skin, which makes the skin feel smooth and moist, and protects the skin. Haircare products containing sodium hyaluronate can form a layer of film on the surface of the hair, which can moisturize, lubricate, protect hair, eliminate static electricity, and make the hair easy to comb, elegant and natural.

Sodium hyaluronate has high viscosity in an aqueous solution, and 1% of its aqueous solution is gelatinous. It can play the role of thickening and stabilization in cosmetics.

Physiological active substances widely exist in animals and humans and are distributed in human skin, synovial fluid of joints, umbilical cord, aqueous humor, and vitreous body of eyes. Molecular weight is 500000-730000 Dalton. Its solution has high viscoelasticity and imitation. It is an adjuvant for ophthalmic surgery. It maintains a certain depth of the anterior chamber after injection into the anterior chamber, which is convenient for operation. It also protects corneal endothelial cells and intraocular tissues, reduces complications, and promotes wound healing.